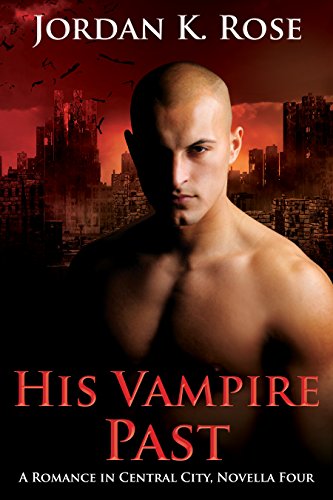 The hunt is on.

Panthera Laboratories wants a vampire for their experiments. But not just any vampire. They want The Vampire Guard’s leader. The best way to lure him to them is to find his weakness. Who does Serge love?

In all his 800 years Serge has not allowed himself to feel the deep and honest love of a woman. Not until he meets the lovely gas station attendant at one of Central City’s convenience marts. Something about the woman draws him back night after night. It’s not just the sweet taste of her blood that intoxicates him. She is the light in his dark world. He finds himself talking to her for hours at a time, unburdening himself of his deepest, darkest sins.

Harriet Winslow has heard the tales of vampires. Rumors. Myths. Nothing more. At least that’s what she thought until the sexy stranger arrives. At first she’s unable to remember the details of his nightly visits. But in only a few nights time she can no longer forget the sound of his voice. The scent of his body. The details of his terrifying past, or the feel of his lips on her skin. She’ll never be able to forget him. She never wants to lose him.

When Serge realizes his selfish need for acceptance has put Harriet in danger, he’s forced to move her from Central City, to send her as far away from him as possible to keep her safe. But can he live without her near him? Will she forgive him for destroying her life?

“I’ve never really thought about bald men, not once have I been attracted to one. But you…” She glanced up in the darkness, and though he faded back into the shadow, she held the perfect image of him in her mind.

She stepped closer, letting her left hand slide up his chest and neck to his square chin where a subtle bit of stubble had begun to show. Gently her finger traced over his soft lips. God how she wanted to press her mouth to his. “Serge,” she whispered his name.

Suddenly she found herself standing with her back pressed to the wall, his hands clamped on her shoulders, holding her in place with a vice-like grip.

“How do you know my name?” he demanded, his hands tightening. “Answer me.”

“I…I…” She wasn’t sure what to say, and not because her head was swimming in that hazy fog she’d come to associate with him. Technically, she couldn’t remember ever meeting him. They’d never been formally introduced so it was quite difficult to explain how she knew his name. “You…”

Harriet’s heart took off racing. If it could, she was certain it would have left her body, grown legs and ran home without her. She clutched her chest. “Oh, God. Please help me.” She lurched forward, breaking Serge’s hold on her and grabbed his shirt. “I just need you to get rid of them. I can’t handle two of them.”