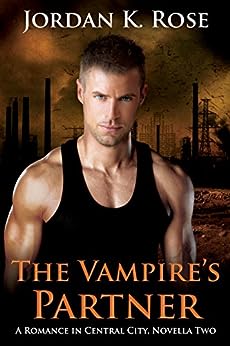 With Panthera Laboratories running again The Vampire Guard has no choice but to return to Central City. Pretending to be lovers Hunter and Alice are sent in to do reconnaissance. But pretending to be something they both wish was real proves harder than they expect.

All logical thought tells Alice there’s no reason to mix business with pleasure unless you’re looking for a problem. Like every other girl who notices Hunter, she fantasizes about him. But becoming a member of his haram is not one of her life goals, neither is being forced to return to a life on the street. If there’s one sure-fire way of jeopardizing her career with The Guard and losing everything she’s worked so hard to attain, it’s by sleeping with her partner. The only problem is she can’t get her heart to believe logic or reason.

What is happening to Hunter? Is he losing his touch—his vampire touch? In all his years Hunter has never encountered anyone who could resist his vampire influence. Not until Alice. She’s also the only human to ever best him in a sparring match, but that was beginners luck and had nothing to do with the fact that he couldn’t stop thinking of how he wished she would see him as more than just a partner at work. No woman has ever awakened these feelings and no woman has ever denied him. He’ll do anything to persuade her to be his partner for life, love and eternity.

“What the hell was that?” Hunter dropped the amazon into the trunk before whirling to face Alice. “All you had to do was bring the car from there.” He pointed directly across the street to where the car had been located not more than fifteen feet away. “To here.” He pointed to his feet. “Why did you go over there?” He pointed up the street.

Alice squirmed and bit her lip. She couldn’t look him in the eye. What was she going to say? I was too busy getting busy with your car, which oh, by the way, I’d love to buy from you and live in?

“I thought you said you’d driven a stick before.” His intense stare bore down on her, and she did something that might not have been the best idea in the world, but was the only one she could think of.

She studied his chest. There was a rip in his shirt. “It’s been months since I’ve ridden a stick.” Without thinking she reached up and touched the part of him showing through the fabric. His skin was soft. “Handled a dick.”

His chest tensed, muscles turning rock hard. “This is why you’re not allowed to drive my car.” He stepped back from her. “If we’re going to be partners, you have to stop fooling around.”