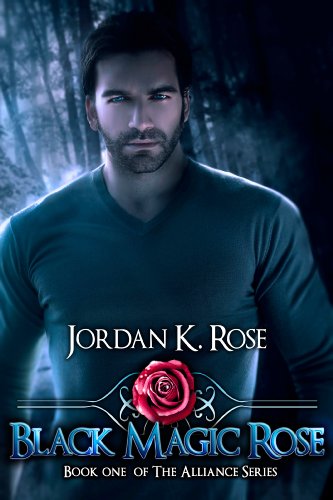 Is it possible to reduce the amount of workplace violence in an organization run by vampires and werewolves? Sofia Engle, the new Employee Relations Manager at Cader House Hospital is about to find out, and she may not like the answer, or the series of firsts she experiences: first human employee at Cader House, first day tardy, first kiss with a dead guy. Well, maybe kissing the dead guy wasn’t the worst of it after all.

For nearly 600 years Dragomir Petrescu has fought for The Alliance. As one of the most skilled warriors the Alliance has ever seen he’s killed a lot of people and won many difficult battles. But his newest human adversary is turning out to be a worthier opponent than any he’s met. Just the scent of her disarms him, never mind her endless policies and silly ideals about civility.

Can he possibly keep her safe from Alliance enemies, hospital employees and himself? The term Employee Relations is about to have a whole new meaning.

“Whoa.” The first thing to register about her situation was not that he’d moved or that she’d tripped, again in front of him, or that her arms and legs had begun their transformation into gelatin. Instead, she noticed how quickly his heart beat beneath her hand, the one that had managed to land at against his chest, inside his shirt.

She pressed her palm to his skin, and the beating sped. Her fingers caressed the hair tickling her skin, and his grip on her backside tightened.

She glanced up at him. His gaze was focused on her and once again warm. His chest rose and fell with more rapid breaths than she’d previously noticed. He licked his lips. She bit hers as the desire to kiss him swelled.

Would it be so bad to kiss him just once? en she could say she’d done it, kissed a vampire and that she hadn’t enjoyed it and she wouldn’t recommend it and she could swear them o for good, having just cause to make such a definite decision.

His head dipped toward hers. She swallowed. Her legs had given out. She couldn’t decide to avoid this even if her life depended on it. She was staying in his arms unless he dropped her down on the ground, and if he did, she’d stay there, unable to drag herself to the house and wishing he’d kissed her.